Tenerife is a privileged island, not only because of its climate. The peaks of the island, away from the light pollution of urban areas, are the best place to stargaze in Tenerife.

In fact, since 2014, the sky of the Teide National Park is recognised as a “Starlight Destination” in the “Tourist Destination” category; a title awarded by the Starlight Foundation certifying that stargazing in the Teide National Park meets the requirements and procedures for the protection of the sky and its natural and associated cultural values. 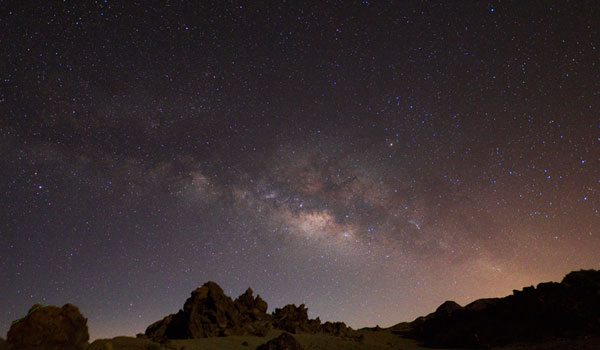 Take me stargazing on Mount Teide

According to the International Astronomical Union, every night the starry sky presents 88 constellations which transport us immediately back to the ancient times when different civilizations, who relied on the constellations to guide their travels and used them to develop their religious and agricultural calendars, had the powerful imagination to name the constellations after what their shape reminded them of.

And of all our activities to discover the night skies of Tenerife, we’d recommend the Mount Teide Night Tour. You’ll enjoy comfortable transport to see an unforgettable sunset at one of the best viewpoints in the National Park (don’t forget your camera!), then, as the stars come out, you’ll take part in an astronomic observation at Teide Cable Car base station at an altitude of 2,365 m, with long-range professional telescopes and explanations from our Starlight guides. A fascinating experience that has it all!

Phenomena that can be spotted while stargazing on Mount Teide

Throughout the year, the sky offers us various celestial shows that you cannot miss when visiting Tenerife, as Mount Teide by night becomes the best amphitheatre to sit back and enjoy stargazing. 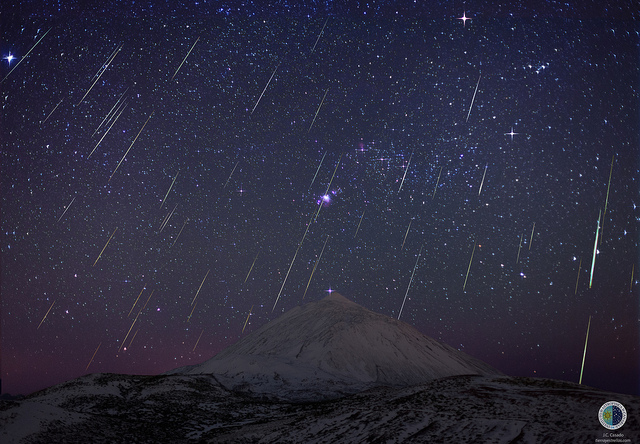 Some of the most spectacular stellar phenomena take the form of meteor showers. Perhaps the best known for being the year’s last, and of high intensity, is the Geminid meteor shower, though the sky treats us to meteor showers almost every month: the Quadrantids in January and the Perseids in August are just some of the various meteor showers that occur throughout the year.

If you visit Tenerife in summer, you will find that the starry summer sky has two main protagonists: the Milky Way and the Summer Triangle.

The Milky Way is a spectacular misty band that crosses the sky and is especially visible during the summer months, whilst the Summer Triangle is a unique formation of three bright stars which, in the summer, reign over the top part of the sky.

Show me my options for stargazing on Mount Teide!